The infrastructure jigsaw: How cruise lines can cash in on undeveloped destinations

Vacations are by design a detour (literally as well as figuratively) from what people are used to in daily lives. Lush greenery, untouched natural wonders, thick rainforests, serene beaches or the quaintness of a little village far away from a city – vacationers seek experiences with great diversity, and most often look for places that are off the beaten path. In this search for unique experiences, a great deal of value is attached to places that are still unknown to much of the world, or are still emerging as a popular destination. This means much of the world's tourism potential may lie in places which are barely prepared for all the attention, in terms of infrastructure to support this inflow of people.

Content analysis on user reviews (summarized on industry resource HotelExecutive.com) indicates that topics like culture, atmosphere, variety of activities, history, sightseeing potential, landscapes, beaches, etc. are considered by travelers to be what makes or breaks a tourist destination. Interestingly, this doesn't show a very high correlation with the perceptions of the destination management organization – a clear reason for the lack of modern amenities and quality of infrastructure in high potential tourism destinations with low recognition levels. To put it very straightforward: When you wish to visit a faraway little hamlet which is still only waking up to its own potential for tourism, don't expect to find a full fledged five star hotel and other tourist amenities there! 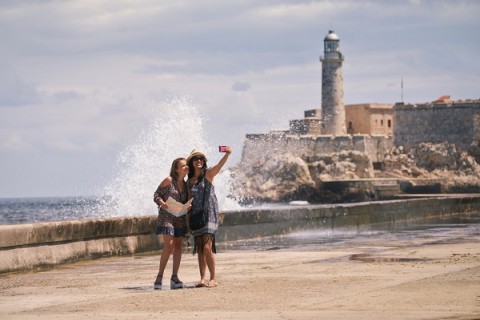 Bloomberg recently carried an interesting report on Cuba – a country whose tourism is only picking up now, post withdrawal of the US trade embargo. While airline companies have been very keen to set up air routes in the area, and despite the lure and charm of cities like Havana, the absence of good quality infrastructure like five star hotels has been holding the country back in many ways. The report mentions that a 3-star hotel room may go for hundreds of US dollars in the country, on account of the lack of supply of better options – that's pure and precise economics in play. Average room cost is $206 a night, according to Havana Consulting Group, while for an average of $362 one can expect a 'supposed' five star hotel room, minus the service guarantees associated with the classification in other markets. In comparison, five star hotels go for $211 a night in Berlin, $177 a night in New Delhi and can be as cheap as $107 in Warsaw, all on an average. Major US cities are more expensive, often hitting the $400 and above mark per night, but keep in mind these are proper five star facilities and not a three star facility being passed off as five star.  A similar situation may be expected in any country with a high demand for tourism, without adequate infrastructure to support it. 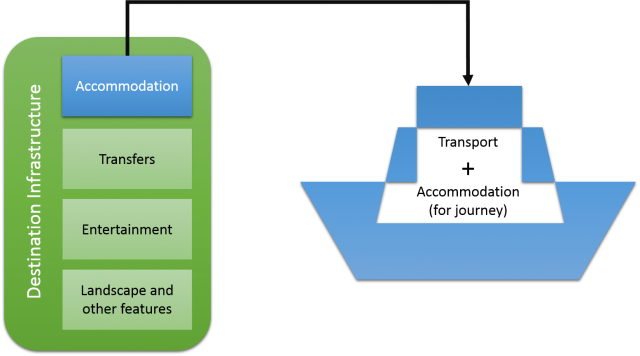 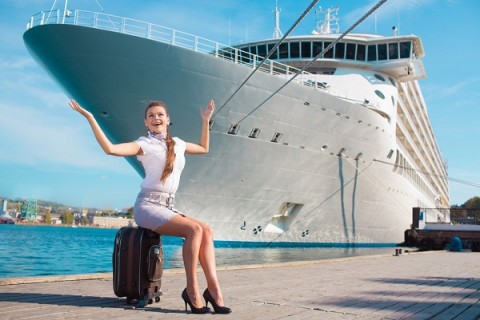 Not only does this solve the lack of infrastructure, but it also brings in a greater level of predictability and security for a traveler who is sailing to an unfamiliar destination - both of which many travelers may be willing to pay extra for. He/she does not need to risk walking into a run down hotel after being misled by the pictures on the web. The security of the traveler is also taken care of, by the very fact that he/she will be spending the night on-board the cruise ship rather than in a hotel offshore. At the same time, the traveler gets the opportunity to explore those faraway locations without a typical city crowd or natural wonders which are just not compatible with an urban landscape. A traveler with such an objective in mind would logically prefer the cruise, as opposed to a typical flight plus hotel package, once you factor in these points. To be clear, in absolute value such as dollars per night the cruise would typically seem to be a more expensive proposition, but the value being provided is also significantly different, which is where the advantage is realized by the traveler.

In other words, the missing piece of the destination's jigsaw puzzle of infrastructure can be filled in by utilizing the facilities available on the cruise!