How safe are travelers in their dream destination?

​A typical traveler may look for specific experiences while planning a vacation, probably based on how different it is compared to what they are used to in daily life. Clearly, the focus is typically on "what will I get to see/do?" or "how much fun can I have?" as opposed to a more solemn question of "how safe will I be?"

What does risk mean?

​The concept of risk tends to appear in a very narrow context in the travel industry's conversations with customers – a risk of flights being delayed, connections being missed, hotel reservations not being confirmed, a promised ancillary being withdrawn on a cruise ship or perhaps an unexpected cancellation on account of low demand, other than of course the dangers associated with flights. Most of these are covered by a conventional insurance plan; but not everything can be provided a sufficiently effective coverage. On the other hand, some organizations like International SOS offer risk metrics, but how integrated are these into the travel booking process?

It is not uncommon for travelers to depend mostly on marketing oriented literature such as those found on the tourism promotion organization's web page, travel agent content and the like while doing research on where they plan to go. Predictably, these may focus on the plus side of the destination. Other than major incidents which grab global headlines, there isn't much attention accorded to local events which may impact travel safety. On the other hand, such a noble intention as transparency must not spoil the enthusiasm of a potential customer by improperly representing the scenario. Raw data can be misleading, so it is important to process it accurately and often distill it down to a more digestible quantity which will make sense to a traveler. 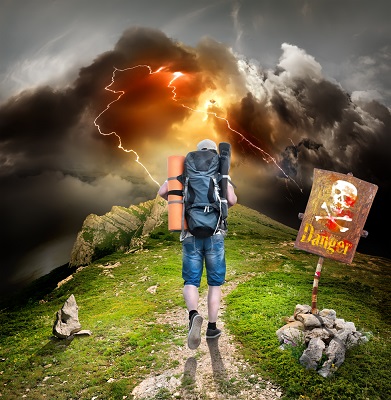 What kind of danger is a typical traveler heading into?

What matters - risk or risk management?

​Citing a stray instance of violence that happened a long time ago or highlighting the effects of a natural disaster from which the city has been trying to recover from for many years now may be accurate but not necessarily adding value to the traveler in terms of taking a decision. For instance, travelling to New York mustn't be portrayed as risky purely on account of a terrorist attack that happened several years ago; Japan has some cities prone to earthquakes, but they have done a magnificent job of managing that risk; a country like India which is diverse in every sense has a certain amount of crime, but that doesn't affect its popularity among tourists; Sri Lanka had an ongoing civil war until recently, but its pristine beaches still have admirers from all over the world who would love to visit if it is currently safe. So how do travelers get a true picture of what to expect and understand all sides of the story?

Traveler's Risk Index Profiling (TRIP) may be a good way to strike a balance and provide the right kind of information to aid a traveler's decision. The first step though is to distinguish between the magnitude of each kind of risk and how much it should matter in an overall perception of risk associated with that destination.

How is the TRIP metric arrived at?

Here are five questions which the metric should answer for, and effectively communicate to a traveler:

1.Is this a high crime area? Or, has there been a recent spike or dip in crime which I need to know of?

2.What is the level of healthcare capabilities available? Is this a high risk geography? The World Health Organization covers this to some extent

3.How stable is the political scenario? Is there reason to expect a coup or a rebellion that may spill over to the roads and endanger civilians? Assuming I am adventurous, if something happens, is there a diplomatic presence (embassy/consulate) where I can take refuge in?

4.How good is their disaster management infrastructure? Is there an example of effective operation in the recent past?

5.What do governments around the world (my country as well as others) advise their citizens regarding travel to this destination? Have there been specific warnings issued? 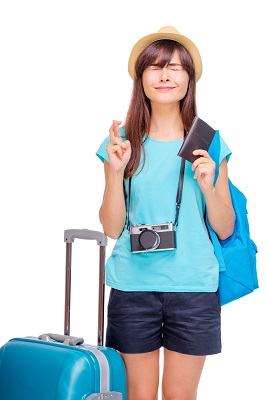 Should travelers depend on luck?

The need for immediate action

Not every traveler can individually find out the answers to those questions to assess his/her risk. But there is sufficient data available out there for travel companies/agencies with appropriate assessment algorithms and technological capabilities to deliver this small but very meaningful metric to every traveler who seeks to make a reservation using their platform. Just like other users can provide a rating (via a platform like TripAdvisor), a simple rating can be provided for each destination – a simple number which is arrived at by assigning appropriate weightages to each of the above listed points and more. Alternatively, it can be a more granular metric covering each element of the risk associated with the destination. Ultimately, the objective is to provide an unbiased advisory to aid decision making by the traveler himself/herself. At the same time, it can provide guidance for tourism promotion bodies in terms of what they must focus on to ensure that the destination they manage remains/becomes a top priority attraction to travelers.

To be honest, the fact that the exposure to risk may have increased on some level in this day and age is only one part of the rationale for such a metric. The real compulsion is that, in the face of such advancement in decision making and predictive analytics capabilities as we have today, there is no reason for us to miss out on this additional measure of safety available to us. In addition to making travel convenient and easy for customers, why don't we try to make it a little safer as well?