Are you hungry? If I offer you a little bit of choice on what to serve you for lunch, which of these would you prefer?

A succulent morsel cut from the tenderness of a fledgling chicken, lightly seared on a traditional iron grill and seasoned with hand-picked Indian spices. Served with a sprinkling of diced vegetables resting between finely sliced slabs of oven baked dough 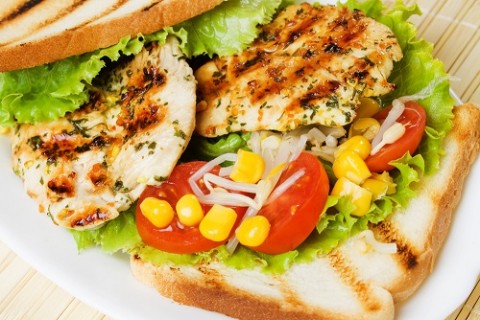 The two options above mean essentially the same thing, but will appeal to your palate in drastically different ways. It is an old trick used by restaurants, which has received some acceptance from researcher circles. According to a paper from the University of Illinois at Urbana-Champaign, a well worded description of food on the menu may increase your sales by upto 27% and also enhance customer attitudes to the food and the restaurant itself. Visual highlights such as a fancy font, boxed text or, more strikingly, a picture of the food tends to enhance a customer's attraction towards specific dishes on the menu!

Essentially, these subtle cues enable experiential selling by giving the customer a feel of what he/she is about to buy. Just enough to arouse interest, but not enough to actually try out and satisfy oneself fully. So if the technique works so well in food, how about other businesses which sell experiences to the customer? Cruise Lines International Association (CLIA) estimates that travel agents can boost sales by 30% by using this method!

In a brick and mortar travel agency, a customer would typically be greeted by attractive posters of popular destinations and colorful brochures, presumably driving them to imagine visiting those places and thus be more willing to make a purchase. CLIA now offers its agents the opportunity to make such visual presentations to customers, featuring content from as many as 30 ocean and river cruise lines. Rich content such as videos and images will have a similar effect when delivered online to customers of OTAs. And it is not just the number of transactions that go up, as per Zolv Research, but the total value of transactions also goes up by about 22% if this technique is employed in selling travel packages!

US National Library of Medicine National Institutes of Health calls it the Picture Superiority effect. Studies have shown that ability to recall information accurately was enhanced when they were presented as pictures rather than text. This is explained by the Dual coding theory which states that the difference lies in how the human brain encodes stimuli (inputs) received by it. A typical word is encoded as a verbal code, while a picture is encoded using a verbal code plus an image code in the brain. That means a picture or a video stays with a (prospective) customer longer than even an elaborate description would.

One of the best ways of implementing this as a marketing strategy would be UGC – User Generated Content. Some digital marketing experts estimate that about 90% of internet users base decisions on online content when it comes to purchasing – and reviews, pictures, etc. from peer users may have a clear edge over advertisements. About 76% of travelers willingly share experiences on social media, often for as little as a small prize or just seeing their content featured on a popular media platform. The concept in itself is not new. But it opens up a challenge to travel agents and technology providers across the market spectrum.

Rich content has a direct impact on your revenues. Think beyond even still photographs and videos if you must, because that may not differentiate you anymore! Which sense must you target next?