When we get something right, tell the world...
But when we do something wrong, just tell us!

Airlines are learning fast that customer service – at least some of the less than perfect instances – are best kept a secret between themselves and the customer. Social media is often a dicey platform for businesses owing to their unfiltered publicity, but that doesn't mean it is all bad news.

The blog post Instant social feedback: Opportunity and challenge in customer service explores why hotels should implement an internal social network to smoothly connect guests to the hotel management, as well as to each other. A key advantage is to let Generation Z customers engage with the hotel in a way they are accustomed to, as well as to have a wall to prevent any intense negative feedback to hit social networks and the world wide web.

To be clear, the objective isn't to unfairly supress any criticism but rather to manage it effectively. A comment posted by an angry guest in the spur of the moment may have a far reaching consequence on a hotel's reputation, often stemming from misunderstandings rather than mistakes in guest service. "Why haven't my towels been changed?" will not make sense on Twitter anyway, but if the hotel staff see it on their internal platform they can rectify the problem in a jiffy!

Aviation industry resource Skift very recently published a report on how airline companies are looking to minimize damage from customers who vent their anger on social media. The underlying concept is similar to the above mentioned suggestion, and involves offering a private messaging platform to disgruntled customers to air their disappointments. The objective is to give customers a convenient way to communicate their concerns, to be followed up by instant, effective action designed to prevent any "social media blowups" which may be detrimental to the brand. 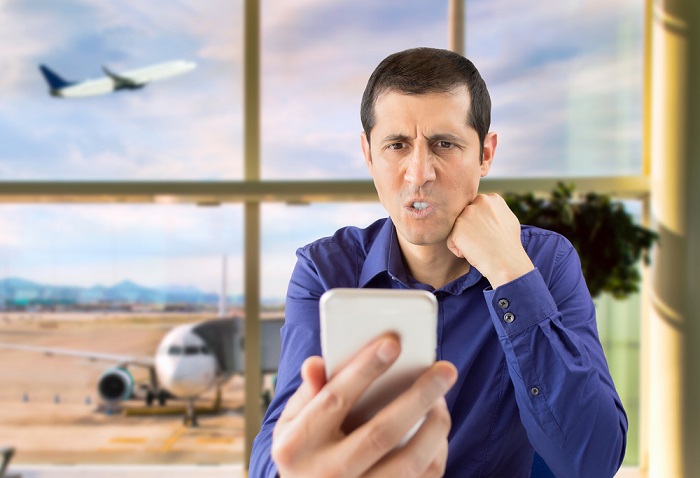 Vigilance on social media doesn't necessarily mean the airline is keen to act on the complaints received. Naturally, social media teams in airline companies are typically most concerned with checking what negative news is likely to go viral (such as through a celebrity Re-tweet). But when major incidents happen, the fallout is evident on social media – and the public are very receptive to such stories. Airline companies seem to be taking cognizance of this trend and acting accordingly. Tnooz had reported two years ago that a reprioritization is happening in airlines around the world in terms of how social media is to be handled. In fact, the Chicago Tribune reports that United Airlines is increasing its social media staff by as much as 150% in the very first quarter of 2018.

The report also suggests that the angriest travelers appear to take their complaints directly to the airline company. The assurance of a prompt response dissuades them from going public with their complaint. Social media is often a second option, designed to draw publicity. This is supported by the fact that the number of private messages received by the airline companies (which were studied) over Facebook has doubled, while on Twitter it has gone up by 50% over a specific time period.

So the verdict is pretty clear for airline companies. Social media gives power to customers, and it is not as easy to manipulate perception as it may be in traditional media. Mistakes do happen, but even privacy-loving customers may go public with their grievances if you don't act fast enough to resolve them as soon as possible!