An article from the World Economic Forum, on the side lines of the United Nations COP23 Climate talks in Bonn, Germany, states that the world doesn't seem to understand the magnitude of transformation required to effectively mount a fight against climate change. How big is the problem, really? Greenhouse gas emissions today have outpaced the official estimates, and is expected to grow by 2% globally this year compared to near-zero over the last three years. Investment in clean energy appear to be insufficient, with the world's largest emitter for instance persisting on an upward trajectory with 3.5% growth in emission levels. 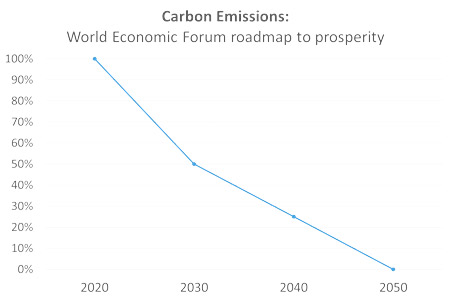 The airline industry clearly recognizes its place on the chain, as well as the need for action. IATA has set quite ambitious targets for emissions including Carbon-neutral growth standards and a reduction in net Carbon dioxide emissions by 50% over the 2005-2050 time frame. Carbon Offset and Reduction Scheme for International Aviation (CORSIA) is expected to commence in 2021 as a set of voluntary measures, but five years hence these will be mandatory. In the words of Alexandre de Juniac, IATA's Director General and CEO, "Aviation is a catalytic driver of social development and economic prosperity—it is the business of freedom making our world a better place. This agreement ensures that the aviation industry's economic and social contributions are matched with cutting-edge efforts on sustainability. With CORSIA, aviation remains at the forefront of industries in combating climate change". The 4 pillars of the climate change mitigation strategy put forth by the organization is depicted thus: 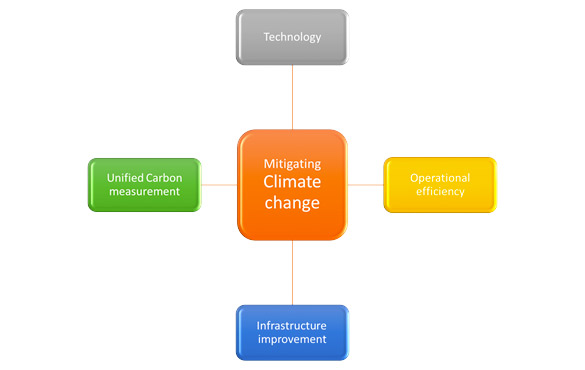 While IATA does lean on future technological advancements to a certain extent for this, a significant portion of the savings could come from operational savings. Earlier this year, the Annual Global Shapers Survey 2017 - a study by the World Economic Forum that aims to understand the thoughts, preferences and ideas of the youngest generation of adults on various topics – unearthed how interested the new generation is in climate change. In fact, close to 50% of respondents named climate change and destruction of nature as the most serious global issue of our times, beating out even war, poverty and income distribution issues which have been gaining political attention. Around 70% strongly agreed that humans were the root cause of this problem. This translates to customer support for initiatives stemming from within the industry to help combat climate change.

The United Nations International Maritime Organization is also reported to be preparing to force ocean freight companies to be more responsible when it comes to controlling their emissions. Clearly, there is a significant stake at play. Therefore, there is an interesting case to be made for travellers who wish to base their travel decisions on what impact it will have on the environment. The IATA NDC Hackathon held at Ireland had seen the unveiling of our innovative, award winning app called PhoTra. While the focus of the app was to enable one click itinerary planning and reservations to a destination you saw a picture of on the internet, one of its notable features was to display the carbon footprint of every suggested itinerary, thus enabling the customer to choose the most eco-friendly option available for every trip. 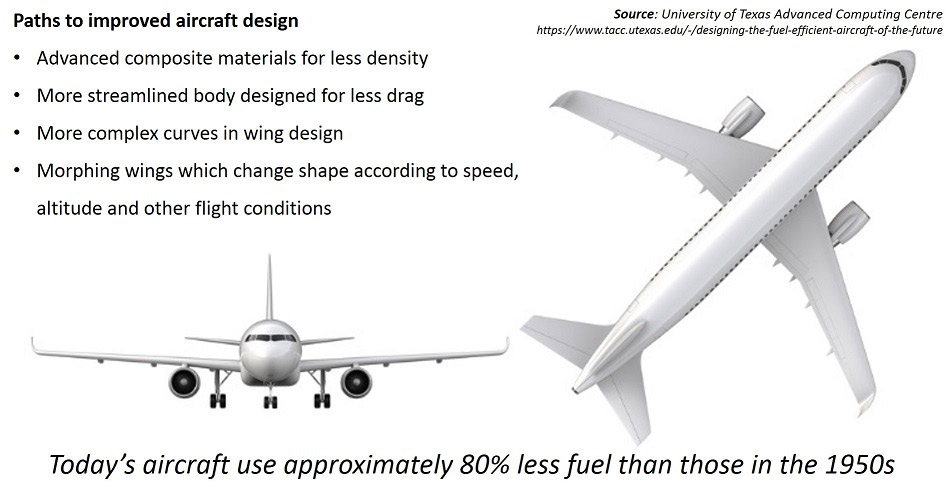 Another interesting angle to consider is the role of low cost carriers (LCCs) in the landscape. As is evident in this blog post, the business model is based on cutting costs – especially fuel costs which form a significant portion of an airline's operating expenses. By strategically lightening the load on the engine through various methods, the aircraft spends less fuel than usual; in many cases airlines invest money in more fuel efficient aircraft for their fleet. In either case, this helps in reducing fuel consumption for the industry as a whole. Perhaps a Carbon neutral future involves moving more of global aviation to this track!

Click here for information on the iFlight NEO suite which will help your airline achieve operational efficiency!