Aviation in Africa: Need for local partnerships and an economic challenge

​The continent of Africa has a total of 54 independent countries, but international trade to and from the region is dominated by just five countries. Growth is steady on the whole (around 1.5% in 2016 and 2.6% in 2017) standing just behind Asia as a continent, and expected to strengthen in the coming years. But some countries in the region stand out - Ethiopia has been growing at 10% by IATA estimates while Kenya shows a 6% growth rate according to World Bank estimates. This distribution of trade across the expanse of the continent calls for a good connectivity network as can be provided only by aviation. 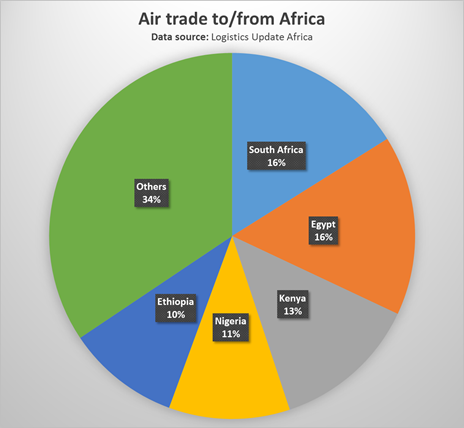 The distribution of international trade via air in the continent

Despite the limited size of each individual nation's market and low demand for passenger capacity (77 million passengers per year, less than 3% of the global total), the Yamoussoukro Decision – a nearly continent-wide accord to embrace open up the skies for commercial aviation which was introduced in 1999 – is yet to see real implementation but still holds promise for progress through liberalization. African news resource This Day Live quotes IATA estimates that 155,000 new jobs and $1.3 billion in annual GDP will be created if just the key 12 out of the 44 signatory countries implement this effectively. This is over and above the 6.8 million jobs and $73 billion of GDP on the continent already attributed to aviation. 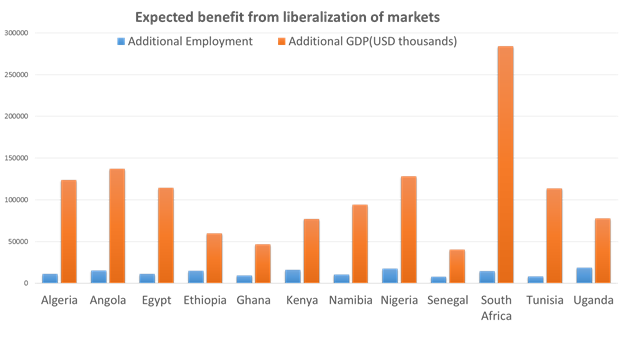 Liberalization of markets is expected to have a diverse impact. Data source: Thisdaylive.com

IBS entered the market in the last decade with our staff travel management solution deployed at a major airline in South Africa, which soon extended to an engagement in cargo services management. This was a time when the GDP of Sub-Saharan Africa was a mere 53% of current (2016) levels, indicating that a significant rate of growth has happened since then. It is expected that the introduction of quality infrastructure will pay rich dividends in boosting domestic trade as well as export prospects. A report from consulting giant EY as quoted in Logistics Update Africa shows that foreign investment (FDI) is on a strong upward trajectory, with capital investment growth breaching the 30% mark. Capital intensive sectors such as real estate development, hospitality infrastructure, transportation and logistics show good potential. In fact, the "Doing Business in Africa" report from the International Trade Administration of the US Government bills cold chain logistics as a key enabling factor to effectively service the changing dietary and consumer habits of people in the region.

However, institutional factors continue be a challenge, and companies from various sectors have been known to stay away from the continent fearing unpredictable expenses and implementation difficulties. One way to sort this would be to forge local partnerships to handle service delivery and microeconomic regulatory restrictions. The Brookings Institution based in Washington DC, which extensively studies the African markets, names taxation and local capacity building efforts as the key instruments in the Government arsenal to drive growth – but this comes at the cost of making global partnerships tougher. 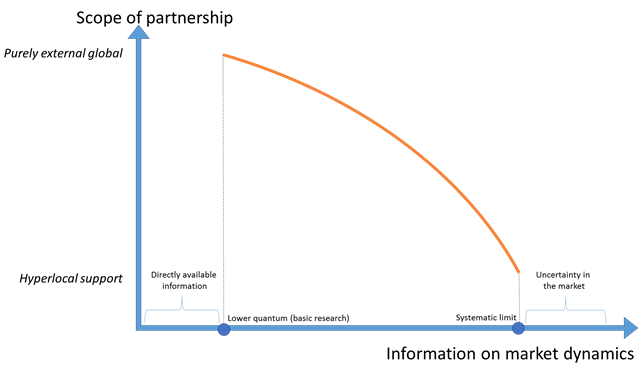 Information model for partnerships in Africa

One argument against opening up the aviation market of Africa comes from how the investment, and the jobs resulting from it, are distributed. Of the total intercontinental aviation from Africa, around 80% is managed by companies which aren't based in the continent; this is around double of what it was 20 years ago. While meeting consumer demand, it drives away employment to outside of the continent. The only way to solve this is for investment to come from within, or at least be channelled through effective partnerships.