Disruptions and irregular operations probably happened more often than airlines would have liked prior to the pandemic. But disruption management suddenly became the norm, rather than the exception, once COVID-19 struck.

"Time is money" and there are few instances when the saying rings louder than in airline operations. Every Aircraft, Crew, Maintenance, and Insurance (ACMI) minute costs US$100-120 on average, highlighting the importance of dealing with irregular operations swiftly in an environment already characterized by thin margins. In "normal" circumstances, industry sources estimate that disruptions cost airlines around US$60 billion, every year. Unfortunately, we no longer live in "normal" circumstances and the pandemic has cost the airline industry substantially more.

Whether we like it or not, disruption is here to stay but its impact on brand reputation, operational costs, and crew management can be mitigated through digital tools.

Managing airline operations is highly complex. Anyone that has visited an Operations Control Center (OCC), or works in one, knows just how challenging it is. While industry veterans have a firm grasp on operational processes, it still amazes me how many of these continue to rely on heavy manual intervention, spreadsheets, faxes, and paper-based documents. Even in today´s digital world, airline controllers still toggle through multiple screens, systems, and legacy artifacts on a continuous basis for their daily activities.

No matter how experienced an airline controller, it´s easy to miss early signs of a disruption in this operational environment.

A day in the life of Susan

Susan is a seasoned airline operations controller with over 20 years' experience in the field.

Every shift, she sifts through copious amounts of data ensuring operations are running as efficiently as possible and complying with airline, industry, and government regulations. Susan has even become a disruption management expert because in her life irregular operations flare up several times a day, every day. But today, things went particularly awry.

As she monitored her assigned aircraft rotations, she switched from flight leg to flight leg checking for any irregularities, which would normally show in red. To her delight, everything was apparently running smoothly. Nonetheless, it was a hectic day as certain airports were issuing Notices to Airmen (NOTAM) packed with operational limitations.

But Susan´s real problem was that her IT system was not refreshing her vital Gantt Chart data in real-time. The maintenance and operations systems were set to synchronize through a batch process only once a day. With this set up, important operational information was left out of the picture. While Susan was aware that one of her aircraft´s Auxiliary Power Units (APU) was faulty, it wasn´t an immediate problem if she flew the aircraft to an airport with a Ground Power Unit (GPU). While the aircraft successfully operated the first four legs of the day in this way, it wasn´t until the fifth that problems arose.

Before the aircraft flew its fifth leg, the destination airport had already issued a NOTAM warning that its GPU was out of service. While Susan went about her daily business, she didn´t notice the NOTAM sitting in the OCC printer, along with countless other NOTAMs of the day. As the MRO and operations systems weren´t synching in real-time, the Gantt Chart failed to flash red and Susan´s situational awareness was misled.

As the pilots taxied to their airport docking station, they requested the GPU only to find out that it wasn´t available and that a notice had been issued hours ago. As the pilots informed Susan, she scrambled to send technicians on an extra flight to repair the APU so the aircraft could eventually take-off again.

Luckily, Susan´s extensive experience and relationships at the airline were highly valued and it was far from the first time a similar situation occurred. You might even recognize your own airline in a similar scenario! Nonetheless, she had to file a report to her boss detailing all incremental costs incurred by the airline due to the situation. "NOTAM on the printer instead of in the IT system" costs included flights for the technicians, overnight accommodation for the pilots and technicians, and lost revenue for the return leg and next day´s assignments.

Disruptions of some form occur every day and the above example is just one of many that play out. Yet, in today´s digital age it´s surreal that so many operational processes continue to rely so heavily on manual and legacy processes, interventions, and technology. Closer integration across airline and airport processes, systems, and teams along with modern technology and standards that enable real-time situational awareness help mitigate the impact, scale, and costs of disruptions. Worst of all for Susan is that technology that provides dynamic insights across all areas of operational performance with highly automated, predictive, and proactive remedial actions already exists today.

Had Susan and her COO, CIO, and CFO read A Digital Approach to Airline Disruption the day could have played out so differently for the airline. Still so many headaches and dollars to save…

Daniel Stecher is VP of Airline Operations at IBS Software, and has more than 20 years of experience in the aviation and logistics industries. Prior to joining the IBS family, he was product manager and consultant for the schedule management, operations control and crew management product at Lufthansa Systems. Daniel is perpetually on the move, having raked up literally over a million miles of business travel in his career. He enjoys delicious home cooked food, reading books and the odd round of golf in his spare time. 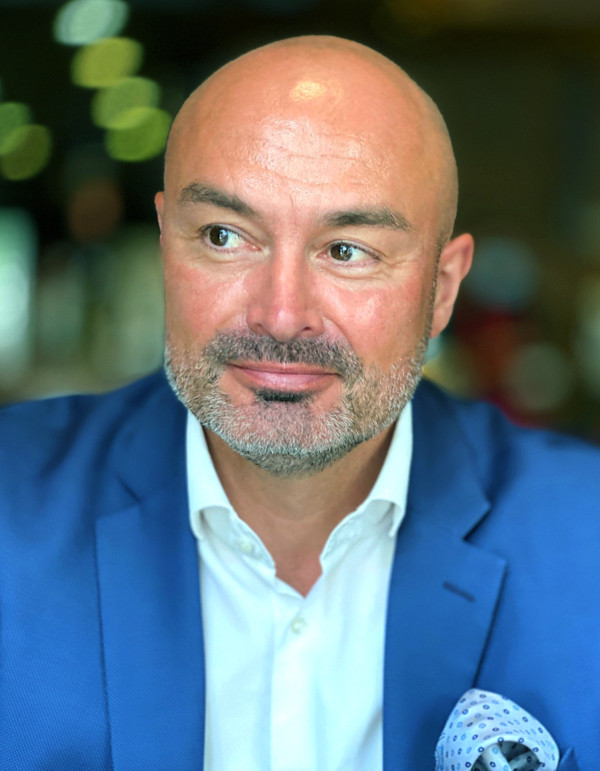