As discussed in the earlier blog post Cargo may hold key to bringing autonomous vehicles to the mainstream any attempt to integrate the last mile delivery on to a technology platform puts two distinct types of demands on the system. One is the introduction of a sufficiently advanced technological module (device/vehicle) that enables the achievement of the goal and the other is to effectively connect this module into the entire system in a manner that makes the exchange of signals and data possible in an efficient manner.

The whole premise of autonomous vehicles for last mile delivery of cargo is based on the availability of vehicles which are fully reliable, economically feasible and safe to be operated in all kinds of traffic and population density scenarios. At the current pace of technology development, this does not seem to be too far off into the future; it's worth taking a closer look at what the industry has envisioned.

Google, one of the major R&D investors in this space, reports that their self driving car project Waymo accounts for over 9.1 million miles of automated driving every year, in addition to multiple billion miles of simulations. Statements suggest that autonomous cars get into fewer "near-collision" instances than human drivers; but in any case Elon Musk has gone on record to say that his company is capable of building fully autonomous cars with no human intervention necessary in driving it. Yet, while not approved (or marketed commercially) for daily passenger transport, there are humans travelling in these cars today at least for the purpose of testing. Safety expectations are at reasonable levels in this context. 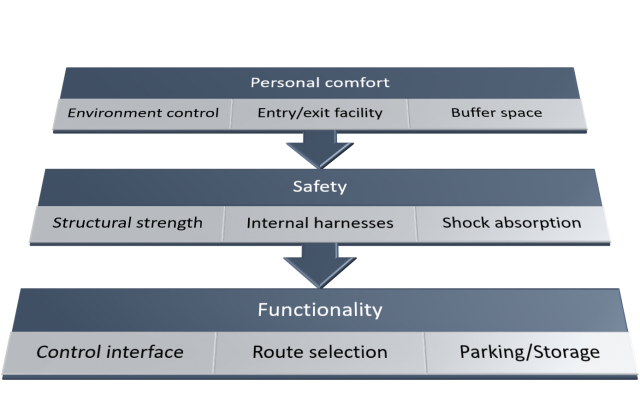 Granted, self driving vehicles do not have a perfectly clean chit when it comes to safety records but if we don't place an expectation on them to keep human passengers safe in the event of a crash then there is a chance for the game to change. If the vehicle is expected to carry only pieces of cargo and no human beings, what kind of flexibility does that offer in terms of structural design and process engineering? Let's also acknowledge that the vehicle remains responsible for not disrupting the safety of the outside world/universe of which it is a part and it is expected to operate in.

Unlike passengers, cargo doesn't require a "good view through the window" of what is outside the car. This means the body of the car can be made from any material with the appropriate strength and density without regard for the transparency or other properties related to visual appeal/aesthetics. Even if added protection is mandatory, conventional seat belts for humans can be replaced with specialized harnesses to secure packages; and it is also possible to individually protect sensitive packages with appropriate material, rather than covering the whole inside with the protective material to guard against impact – thereby saving on structural costs.

In short, the internal structure can be designed to hold the cargo in a safe manner without the aesthetics or comfort factor which will be expected by human passengers in the cargo. The key feature is a facility (automated or otherwise) to load the cargo into the vehicle, and also to unload it if the supply chain design so demands.

Another key advantage of having a technologically advanced device (rather than human staff) to handle last mile delivery is that there is an opportunity for this last link in the chain to be effectively integrated into the digitized supply chain, thereby enabling thorough monitoring and control until the consignee's acceptance is verified and the contract of delivery is successfully closed. The device will enable the system to capture various kinds of data about the packages through inbuilt sensors - its movement, environmental conditions (if applicable to the product) and other parameters as is relevant to its nature. These will be fed into the data backbone of the system and processed to check for anomalies of any kind and recorded for future use such as a post-event investigation, or examinations of overall trends for process engineering purposes.

Another key facility which may be logically incorporate into such a system is to digitally verify receipt of the package with an assurance of its integrity across the entire chain. This is enabled through a dedicated recipient dock at the consignee's end which is programmed to both confirm the identity of the consignee, as well as to physically take possession of the package from the delivery vehicle. This will ensure that there is no unauthorized access into the vehicle's payload and thereby no pilferage.

The mechanism for unloading the package, if integrated into the recipient dock rather than the vehicle itself, will reduce complexity of the vehicle design and possibly allow for better space utilization. It is obvious that the unit economics of such a system will be most sensible for consignees expecting frequent (or a large number of) packages of significantly high value which is worthy of investing in deep-set tracking through the chain. This is well aligned with the additional security provided by using the vehicle-recipient dock combination to ensure proper authentication of the consignee before physical delivery is completed. High value packages make sense to be tagged for authentication methods which come with higher cost but infinitely more reliability.

Click here for a recap of part 1: Cargo may hold key to bringing autonomous vehicles to mainstream

Conclusion: A paradigm worth preparing for

There has been a lot of consideration given to unmanned drones performing last mile delivery, but not nearly as much for similar vehicles which use the road as their preferred channel. Unlike drones, it is important to note that self driving cars (or their cargo carrying equivalent) have much more load carrying capacity than drones do, which would eliminate the need for back and forth trips to collect loads for each delivery. To harness the access advantage of drones as well as the capacity of autonomous road vehicles, we may also consider a hybrid model. This would use road vehicles to carry the packages to a suitable vantage point, from where the drone can carry the package to the doorstep of recipient dock.

Clearly, there is some time left (maybe half a decade) before such a system becomes a practical reality for high value cargo, even if not 100% mainstream for the full spectrum of loads. Air cargo providers should spend this time in setting up a suitable technology foundation which can act as the backbone of this consolidated cargo management offering – one that cuts through the traditional challenges of a fragmented supply chain and scattered ownership. The value will then be replicated in multiple industries including (but not limited to) passenger transport, which can essentially piggyback on this line of innovation and investments carried out in the cargo sector, for moving closer towards their own goals. But cargo will be showing the way with the beacon of innovation! 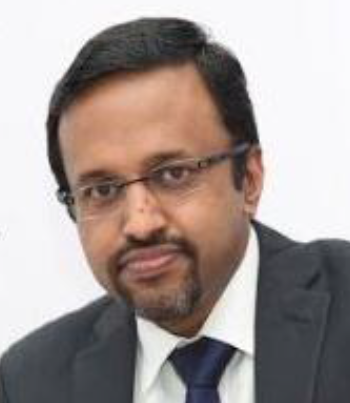