As the speed of business accelerates due to increased automation and the relentless growth of eCommerce, airmail volumes continue to rise. In our recent "Blockchain and IoT applications in air cargo" guide,we looked at different scenarios where these emerging technologies could play in. In this post, I´d like to dive deeper into blockchain applications in airmail, specifically. In light of increasing airmail volumes and the factors behind them, pressure is on the industry to provide improved tracking transparency, cost and operational efficiency, security, and faster settlement. A tall order indeed, yet blockchain can help deliver on many of these expectations.

Postal services worldwide have historically utilized the Electronic Data Interchange (EDI) standard for communicating with suppliers. Spearheaded by the IATA Airmail Board, in conjunction with the Universal Postal Union (UPU) and the International Post Corporation (IPC), there is an industry-wide initiative to transition airmail stakeholders onto a blockchain network. Suppliers, however, are still expected to abide by the EDI requirements as long as the standard continues to be used for mail movement and visibility. The blockchain network will run parallel to the current system to ensure a smooth transition for all parties involved.

Blockchain facilitates smart contracts as they facilitate the storage of detailed digital information. A smart contract acts as an agreement that binds all parties involved and is self-executed when two or more parties enter the keys. The money involved is only released when the conditions of the agreement are fulfilled. This significantly reduces the financial risk involved in a contract.

For airmail, postal authorities and their airline partners could establish smart contracts to smoothen settlement processes. Smart contracts would hold the details of mailbags and consignment along with the routing and rate details stored in a public database. Data in smart contracts cannot be changed without the consent of all the parties involved in the contract. Smart contract-related transactions are processed by blockchain, eliminating the need to send transaction details via messages or third-party interface systems. Within this framework, transactions only occur when the conditions in the agreement are met, which could include different concepts like latest acceptance time. The delivery date can be marked as part of a smart contract, and as and when the delivery transaction happens, the stakeholders would be paid on time.

All stakeholders in the contract would require a digital wallet linked to a bank account and tools that record transactions in blockchain to make and receive payments. The transaction recording would be among the many predetermined conditions that are supposed to be met and programmed into the blockchain. The blockchain would be updated as the smart contract's conditions are met.

Cryptographic tokens represent a set of rules encoded in a smart contract – the token contract. Every token belongs to a blockchain address and is accessible with the dedicated wallet that communicates with the peer network and manages the public-private key pair related to the blockchain address.

Whether a parcel or letter, each mailbag could be uniquely identified with a token allowing the blockchain to create transactions as the mailbag moves from origin to destination, allowing for the timely sharing of information and processing of payments. Additionally, each mailbag could have a sensor that keeps track of its chain of custody while executing smart contracts for payment and customs clearance. Every transaction would be recorded in the blockchain's public ledger. APIs would update the blockchain-based on encrypted and certified transactions.

Blockchain would allow postal services to keep an auditable chain of custody and embed additional shipment and tracking information to facilitate customs clearance and faster delivery.

While blockchain is still in an experimental phase beyond cryptocurrency applications, several initiatives are already underway to explore its potential for cargo handling. Airmail is one of those areas with industry body support. While blockchain offers exciting new possibilities for airmail, it also comes with challenges, as explored in our "Blockchain and IoT applications in air cargo" guide. Nonetheless, as with most emerging technologies, the creases will be ironed out over time as the industry moves to provide more transparency, tracking, security, and faster settlement. 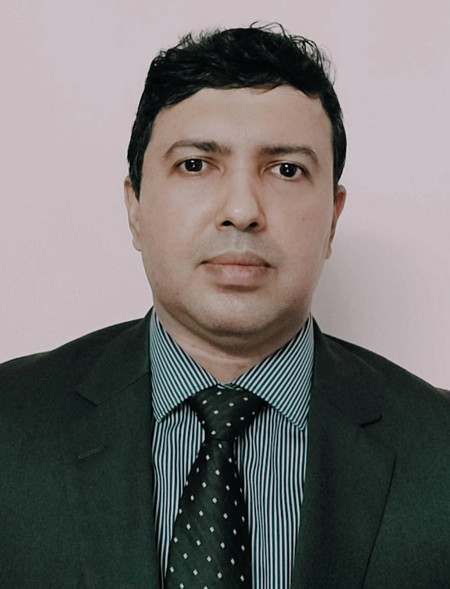 Sony Joseph has over 14 years' experience as a Product Manager and Functional Consultant with extensive involvement in large-scale projects across Asia Pacific, the Middle East, Europe, and the Americas. He holds an excellent track record of delivering commitments on time and in high quality. He owns the Customs, Message Broker, and Mail Operations verticals within IBS Software's cargo business unit, and is responsible for defining the goals and objectives of the product strategy and roadmap delivery.