Airline companies have traditionally employed flexible pricing concepts in very creative ways to offset the risks associated with unsold inventory and overbooking. But it would be plain wrong to call it "dynamic pricing" in the truest sense. A big part of the problem is that airline companies just don't have sufficient control over the pricing process.

How are airfares typically calculated?

In the traditional model, airline companies publish their schedules (via intermediaries) to the GDS and file their fares with the Airline Tariff Publishing Company (ATPCo). When a passenger or a travel agent makes a request, the GDS assembles a "product" by combining these published fares, the connection building logic and the most current availability data received from the airlines.

This means the airline (which handles the actual delivery of the product) does not have information about the exact prices their inventory is going to be sold at, nor do they have any significant amount of data to truly understand the customer at this point. Their only choice is to make provisions for any possible price permutations that may arise in the requests reaching the external agents. 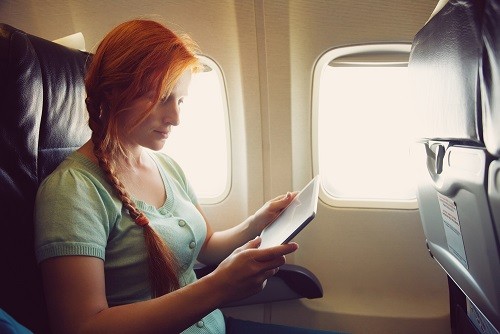 Airlines manage their fares using classes (First/Business/Economy) and fare basis codes within each class. Fare classes are nothing but virtual buckets, each carrying a certain number of seats which they plan to sell for a particular price. Seats can be moved from one bucket to another based on demand, but the price point of each bucket is precomputed (ahead of the flight going on sale) and not calculated on the fly. Too few buckets may cause a mismatch with the customer's willingness to pay, while too many buckets will limit the accuracy of demand forecasting. Moreover, the prices pegged to each bucket tend to ignore ancillary products which the airline may wish to offer.

Availability of seats in each bucket is conveyed to the GDS on request, so that a suitable product may be assembled – not by the airline, but by the GDS, at price points made available to the GDS by the airline.

Why is this a problem?

Let me take a moment to illustrate the absurdity of this arrangement with a simplified analogy: I run a factory which manufactures a special variety of steel bolts which are critical parts of a particular car called Model Z. I don't sell these bolts directly from my factory, instead I have an exclusive agent, who purchases them from me for $5 per bolt and distributes them in the market.

Now, my agent has three types of customers:

1. The company which originally manufactures the Model Z car. By virtue of their scale and predictability in demand, they have negotiated a contract with my agent to buy a large number of these bolts for a discounted price of $10 per bolt.

2. Automobile garages/mechanics who seek spare parts needed for repairing Model Z cars. They cannot predict their demand but expect to get their part on demand in exchange for a higher price of $35 for the same bolt.

3. Interim wholesalers who stock spare parts to sell to these garages and mechanics. They fall somewhere in between the first two categories in terms of scale, which means they are able to buy the bolts at $20 apiece.

Clearly, my agent changes the price according to the type of customers and their demand; but I do not have access to this information. On the other hand, I am committed to supply at least a certain pre-negotiated number of bolts (based on my factory capacity) to my agent for the same price of $5 irrespective of what the end customer actually pays for it. In other words, I am unaware of the buyer context. How can this possibly be efficient for me? Am I not losing out on significant margins which I could have gained if I knew which customer would be buying a particular piece which was made in my factory?

Airline companies face this same dilemma – the profit margins of direct selling versus the volume potential of indirect channels. The solution may lie in dynamic pricing!

What is dynamic pricing? ​

Dynamic pricing refers to the practice of actively changing the price of any kind of inventory (seats on aircraft/train/bus, hotel rooms, golf course slots, luxury goods or anything with uncertainty attached to its demand) based on either actual or predicted demand, to ensure maximum sales and optimal profit. The objective is to realize revenue to its full potential, as well as eliminating the liability of carrying unsold inventory that could have generated revenue, if not profit. How the "active change" is enabled spells the difference between truly dynamic pricing and the pseudo-dynamic models which are common today.

Why is dynamic pricing advantageous for airlines?

Airline seats, like perishable goods are limited by both quantity and time. There are only a finite number of seats on every aircraft, and once a flight closes its doors for take-off the seats cease to be saleable. Therefore, except for some strategies like South Korea based Jeju Air's "Side Seat" package, which brings in some incremental revenue at the last moment possible, having unsold seats leftover is undesirable for the airline. Seats need to be sold, but at the right price which is technically the upper limit of what a passenger is willing to pay for his/her seat at any given point in time.

The objective of the airline is not to get one fixed high price for all seats they sell; this will drive down their total revenue if the seats are not in high demand. Instead, the airlines apply pricing adjustments to fares based on the actual demand. More seats will be sold, and more profit will be realized through this.

So what's preventing broader adoption of dynamic pricing? I'll explore that in the upcoming blog post. Meanwhile, for those who wish to take a deeper dive into the inner workings of dynamic pricing may read the below.

The three-force model proposed by the London School of Economics attempts to explain how market movements are utilized in dynamic pricing models. This is a useful foundation to build on a simplified account of the dynamic pricing principle. Starting by clustering the full set of available seats into different price points, the model then reallocates seats into higher or lower priced clusters based on estimated demand for the seats.

From this point onwards, the three forces may be described as below:

​1. High demand in the initial stages prompts the airline's algorithm to drive prices up across clusters. This is straightforward economics, and the simplest version of dynamic pricing

2. Predictive algorithms are used to estimate the sustainability of demand; if a significant number of empty seats are likely to remain at the time of take off, then the airline will seek to stimulate demand. For this, some of the seats are moved from higher priced clusters to the lower priced clusters. As prices don't go down across clusters, this is less noticeable for the end customer
3. Towards the final stages, the airline reverses its pricing strategy even if seats still remain empty. Seats are moved to higher priced clusters, in anticipation of last minute demand from business travellers who are typically capable and willing to pay those higher prices. 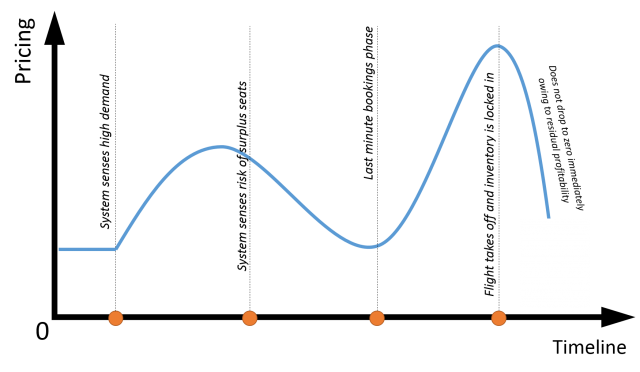 Airlines have traditionally used the concept of RBDs in order to achieve two goals - clustering demand into buckets and defining the various price points. This concept is still being used today and as most airlines are using single character RBD structures, this means, that an airline with 3 cabins (First, Business, Economy) has some 15 or so RBDs available for use in their Economy class.

The structure of RBDs is required to cluster demand and booking curves. These clusters are used by revenue management systems to ensure that the available capacity for sale is optimized against the expect demand throughout the lifecycle that a flight is on sale. It therefore controls, that i.e. certain RBDs, associated with lower fares are closed out in order to reject price points that would come short of the optimum revenue.

At the same time, the RBDs are used to file precomputed fares against each RBD. These fares are created in advance of the flight going on sale and only consider the actual transportation but ignore other products an airline may want to sell.

Having explored the nuances of dynamic pricing and their value to airlines, there remains a lot to be said about the technical feasibility of such a system, as well as some general misunderstandings which act as hurdles to effective adoption. More on that in the next blog post. 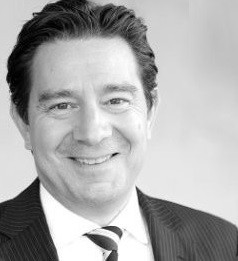 Marco Contento is Vice President of Aviation Business Services at IBS. With around two decades of experience in information technology for the airline passenger services industry, he partners with aviation companies to help future-proof their business through deploying new generation solutions.