I spent 14 years across different Revenue Management and Marketing roles at American Airlines before joining the AAdvantage leadership team.And it took another few years in AAdvantage until I came to a powerful realization – airline loyalty programs should be much more than just Frequent Flyer Programs (FFP). They should really be Customer Engagement Programs (CEP).

While this realization seemed so clear to me, it quickly became apparent that it's a difficult concept to help airline leaders understand. And I can't blame them because I only saw the light after digging deep into loyalty myself. I suspect most airline loyalty leaders have the same issue and same frustrations. If you are looking for ways to transform your FFP into a CEP, here are five keys to at least start the conversation.

1. Dig deep into the data

Airline leaders are notoriously data-driven decision-makers. So, the only way to change your airline loyalty program's perceived mission is to dig deep into the data.

While airline leaders love data, my experience is that they rarely look at customer data specifically. They don't understand who the customer is and how much revenue is driven by specific customer segments.

And by "revenue," I mean all revenue – airline tickets, ancillary, mileage sales through co-brand and partners, lounge, and even advertising. The vast majority of the airline leadership focuses exclusively on airline ticket revenue. These data-loving people can and will be impressed with data-driven analysis that shows total revenue that customers, especially engaged customers, contribute to the bottom line.

I'm a huge believer in the old saying, "people manage to how they are measured." So, if you want to transform your FFP into a CEP, then I suggest you look at how loyalty is measured and how success is defined.

Outdated metrics are likely driving both the loyalty and airline leaders to define success in a way that limits the program to being an FFP.

What reporting circulates throughout the loyalty program team, the CEO, and other airline leaders? Those metrics will determine what your loyalty leaders focus on. I suspect many loyalty programs tend to use KPIs that center around things like airline revenue by tier, award availability and upgrade success rates.

If you want to transform into a CEP, consider revamping your KPIs to include things that measure true overall engagement. Consider including App downloads, social media engagement, total loyalty partner engagement activities, points earned, etc. The idea here is simple but profound. Measure and report on things that show the real contribution loyalty makes to the organization, and that is so much more than just flying behavior.

This point is very simple – if you want to transform into a CEP program, choose your words wisely when communicating what loyalty is all about.

Quit using the term "frequent flyer program."Eliminate it from your vocabulary altogether.

Words are powerful, and this simple change can make a powerful difference.

It's easier to control the way the loyalty program organizes itself.Where does the bulk of resources sit within loyalty – with the elite program? If so, you will have trouble transforming into a CEP.

Does the loyalty program have dedicated resources for driving member engagement? And who reports directly to the head of loyalty? All these organizational designs show what is important. If you want to transform into a CEP, organize the department to reflect the priority.

The Lounge team usually receives no revenue recognition for co-brand acquisition that involves free club membership. So, getting the Lounge team to help is difficult.

The Digital Marketing team probably has no metric in their KPIs that recognizes revenue contributed at key customer touchpoints to drive loyalty member enrollment or co-brand acquisition.

The list goes on and on. The reality is that most airline loyalty programs keep all the revenue for themselves and then get frustrated when the other departments that are necessary for success aren't excited about cooperating.

I wish I could say that changing revenue recognition at a legacy airline is easy. But still, it is imperative that the loyalty program creates ways to share the wealth through transfer pricing or other enhanced reporting techniques. Otherwise, it will be an uphill battle asking for multiple departments to join your efforts while sharing none of the revenue recognition.

The pandemic shed a huge spotlight on the revenue generation that airline loyalty programs drive. The time is now to lead the effort to truly capture what loyalty can and should drive at an airline by leading a transformation from a Frequent Flyer Program into a Customer Engagement Program. I hope this blog helps loyalty leaders start thinking and acting on the core changes that need to occur to make that transformation. 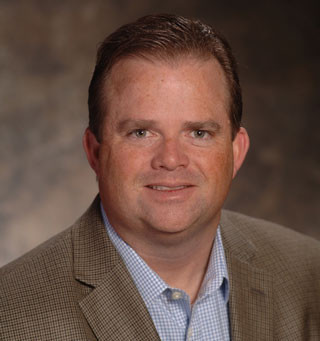 Scott Hinshaw is an airline industry veteran and a loyalty expert. Scott's 20 year career at American Airlines included leadership roles in Revenue Management, Cargo, Digital Marketing, and culminated as a member of the leadership team for AAdvantage, the world's largest and oldest loyalty program. Scott also led a startup in the loyalty space, creating the first loyalty program for colleges. Scott joined IBS in January as the leader of the loyalty product for the Americas. In his free time, Scott is a father to his three college-age children and his two dogs. Scott and his wife Julie have been married for 26+ years. They love to travel and have Israel and Australia next on their list of destinations.