Age of Analytics: New Ways to Leverage Your Loyalty Programs In the past few years, the airline loyalty industry has struck somewhat of a brick wall. When loyalty programs were first introduced in the 1980s, they were seen as revolutionary, creating a previously unprecedented bond between customers and airlines. The model was soon copied and adopted throughout the industry, making "frequent flier miles" a household phrase.

However, the luster of this bond has been diminished somewhat, partially by how commonplace loyalty programs have become and partially because of changing consumer preferences. The human element of loyalty programs has been lost in systems that opaquely award points and in the bland uniformity of giving the same selection of rewards to each program member.

A new perspective is required for the industry – a perspective that emphasizes smart rewards, where customers are rewarded on an individual basis and program managers are able to analyze relevant data about their customers' behavior. Through models that forecast potential revenue from customers and track customer interactions over time, loyalty programs can rapidly become a treasure trove of information.

Grouping customers based on value and interaction indicators offers a more efficient method of categorizing customers with similar behaviors and spending habits than the somewhat arbitrary "Silver, Gold, Platinum" scale that is currently the industry norm. On the individual level, this framework of loyalty analytics also has great publicity potential. By identifying and engaging with particularly influential customers and publicly providing them with soft benefits on social media, personal stories of loyalty relationships can be created that "humanize" the loyalty program in the public eye. 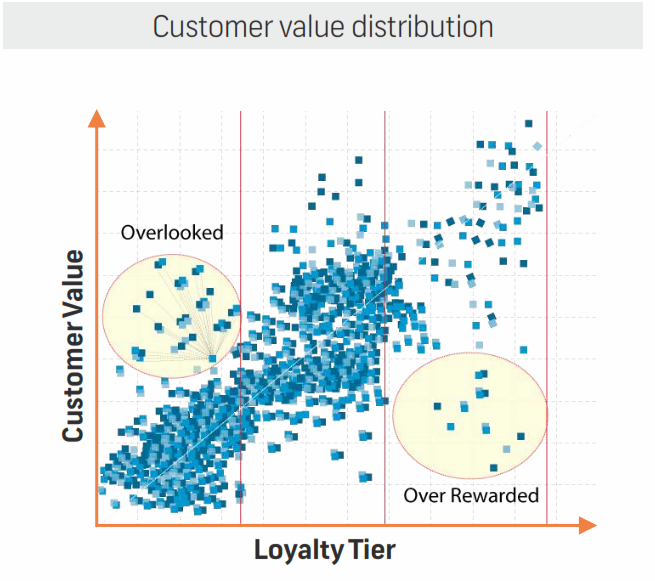 Moreover, rather than being arbitrary and faceless distributors of points or miles, loyalty programs should instead strive to provide highly personalized rewards to their members, further distinguishing themselves in the eyes of program members. Already, significant changes are being made in the accrual of loyalty points as airlines move from "frequent flyer miles" programs to more accurate systems such as revenue based loyalty.

Now is the time for equally significant changes in the redemption stage. According to Collison Latitude, 77% of travel consumers stated that they would like to have more customizability in their rewards program. To provide a customized system of rewards, it is critical for companies to quantify customer behavior in a way that complements their existing propositions. A strong analytic model will allow for analysis of large volumes of customer preferences data, providing insight that can become the foundation for a more customer-centric approach.