Getting the most out of optimizers for airline crew planning, operational efficiency, and cost reduction

Optimizers are every strategist's best friend when it comes to operational planning. For crew planning, optimizers help us make data-driven decisions by analyzing how different scenarios impact operational efficiency and costs. Optimizers help assess business performance over short, medium, and long-term horizons. The end objective is to establish concrete plans that address airline business needs and optimize efficiency and costs while adhering to strict industry regulations. But to optimize airline operations, we need to conduct a situational assessment first to establish the right priorities.

Parameters must be clearly established and always remain front of mind. The scope of the required analysis is what will drive those parameters. For instance, optimizing crew plans and budgets for a roster month will be different than for a full season or year. When optimizing for a roster month, the targets most users will usually measure are crew efficiency, cost management, and robustness. For longer-term horizons, the focus shifts from refining granular efficiency to looking at broader volumes and trends that can impact efficiency. Let's look at these scenarios in more detail. Monthly pairings are usually constructed according to given crew establishment levels, which depend on the effectiveness of staffing processes and short-term crew availability. On the other hand, looking at a broader budgetary scenario allows us to re-evaluate where our crews are based and their numbers in each location. A balanced and optimized geographic distribution of staff will reduce the number of deadheads and overnight stays in outstations, leading to operational cost efficiencies.

Identifying the variables you can work with for the scope of the analysis versus those that are fixed is critical. In each case, a sensitivity analysis must be performed with these variables to assess how these impact outcomes. For example, small variations to crew productivity can lead to significant changes to deadhead counts for some airlines. Being aware of that sensitivity helps planners drive crew productivity strategically for each period moving towards a more focused cumulative "hours" view on rosters, rather than "days", while keeping positioning at an acceptable level. That data can later be used during the seasonal roster analysis to deal with any lingering deadhead issues and increase the robustness of global planning processes.

Achieving this level of planning sophistication requires support from powerful optimizers. These optimizers, by design, allow users to set targets, objectives, constraints, and restrictions and see the effect of those on the output. Optimizers can do this because they are designed to process and organize large and complex datasets, which basic automation tools cannot do. When looking at the airline landscape, many smaller airlines use automation tools rather than optimization tools, which leads to the question: when should airlines switch from automation to optimization?

While there is no universal answer, operational complexity, which many factors can drive, is the key tipping point.

Size is one of these. In general, larger airlines require more complex planning processes. The type of operation is another factor that influences complexity. For example, a small cargo airline stands to benefit from optimizers because cargo trips tend to span multiple days, and striking the right balance between layovers, deadheads, and operating sectors in this context is difficult to achieve.

Airlines of all sizes stand to benefit from airline operations and crew planning optimization. For smaller airlines, where immediate optimization ROI may be less clear, the advantage centers around the ability to quickly assess and respond to the impact of changes to operational plans. This is especially useful when the airline is in growth acceleration mode and increases its fleet and network. Here, optimizers help the airline evaluate the impact on staffing, efficiency, and operating costs of new and changing schedules.

Given the operational complexities of larger airlines, optimizers will generate immediate ROI through improved cost control and crew usage for each roster period. But one thing is clear: airlines that have evolved from automation to optimization never turn back. 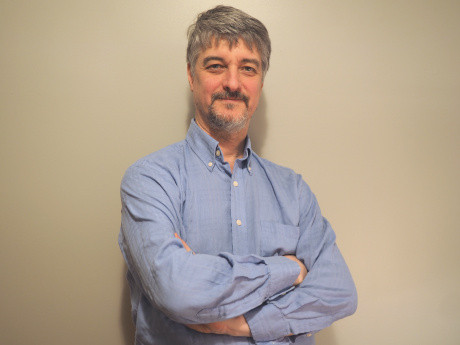 Rémy has been an airline professional for over 35 years. After graduating in Electrical Engineering at the Ecole Polytechnique de Montréal, he started his professional career in flight simulation where he spent 10 years developing aircraft system simulation software and interacting with key people in the airline training departments. During this time, he was also a contributor in the creation of training courses in advanced programming techniques for use in real-time applications offered by the CRIM in Montréal. Rémy then moved to AD OPT, now an IBS Software company, to spend more than 25 years in the airline crew planning world, where his domain of expertise covers the entire spectrum of airline crew planning. He has presented at AGIFORS and INFORMS and is currently Head of the AD OPT Product Owners Group for IBS Software's iFlight portfolio.