Once upon a time, there was a fictional hotel CEO who had three big worries:

That 'time' is right now, and that CEO could represent a large number of people in the industry who seek to gain more granular information about the customer. Virtually all hotels in the world collect feedback from their customers to understand how they can be served better, and one may expect many (if not most) tend to act on the feedback to improve their service quality. 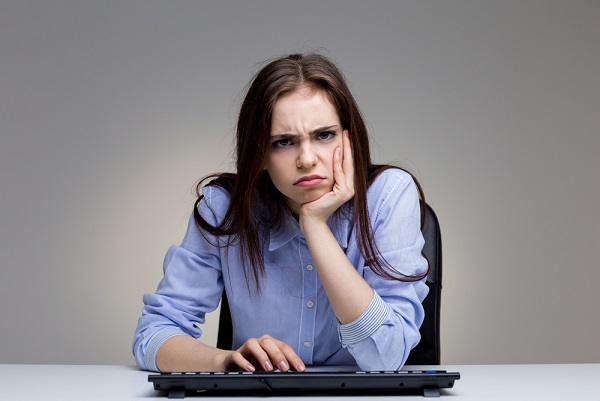 But the customers are changing - in research published in Forbes, it is estimated that 40% of all customers will be from Generation Z (the latter half of millennials) by the year 2020. This generation grew up using technology and will represent a spending power of around $60 billion and influencing up to $600 billion according to CMO.com by Adobe. Putting the two together, it means an overwhelming majority of hotel customers will be very vocal about their experience. In fact, around 60% of customers are not averse to specifically name a company and shame them on social media for bad service. The trick is not to actively counter this trend, but to provide a safe vent.

A new paradigm in customer service

So this CEO threw a challenge to his staff in terms of customer service. He decided to lend all his guests a little mobile device (a tablet) at check in, which was configured to connect to and share information on an exclusive internal social network which was monitored by his staff. Customers could post their feedback about each and every element of service instantaneously as and when they experience it. This includes high praise for good service as well as forthright criticism to vent their frustration at bad service.

Interaction between staff and an unhappy customer

Such a facility builds a notional barrier between a customer experiencing bad service and deciding to rant about it on Facebook or Twitter. Research cited on the Upwork blog suggests that expectations are changing when it comes to response times - a couple of days is too long, and a good 32% of customers expect responses within half an hour!

In this new model, he/she can still complain, grumble and protest, but this will (at least initially) be on this hotel's internal platform and not in public. The hotel's reputation is given a second chance, provided prompt attention is paid to customer complaints and all issues are tackled immediately. Managers and customer service staff would promptly respond to each of these posts, just like on conventional social networks, except they are able to do so without the whole world watching and judging them.

On the other hand, the privacy has limits, these rants are visible to all guests in that particular location and a bad element of service is quickly noticed. If not taken care of immediately, the customer may well turn to conventional channels like Twitter or Facebook to let the rest of the world know of the bad experience!

The data generated as a result of this exercise would be very granular in nature and can enable astute managers to quickly identify what's working and what's not. The staff responsible for each area of service is notified of the respective issues and given the chance to make amends, while showing off how promptly they do so. Persistent problem areas are immediately identified and dealt with, while putting the praise together tells the hotel what their strengths are.

The fact that all messages exchanged on the platform is fully visible to everyone at the particular location also helps customers to know what to expect, as well as offer their own suggestions for solving the issue, if any. 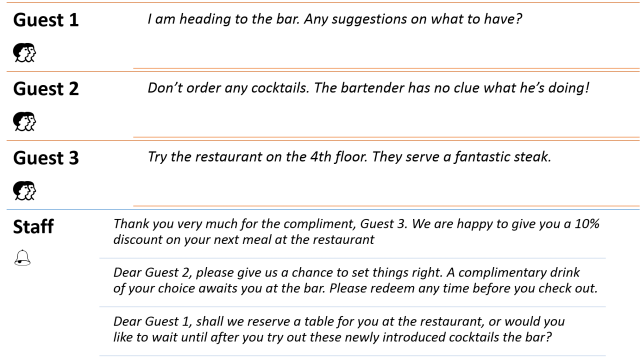 Interaction among guests, proving to be beneficial to the hotel

Putting effort where it counts

On the other hand, frivolous complaints are quickly exposed, contrary to what would happen on conventional social media channels. Misunderstandings can also be quickly resolved without damaging the hotel's brand. For instance: 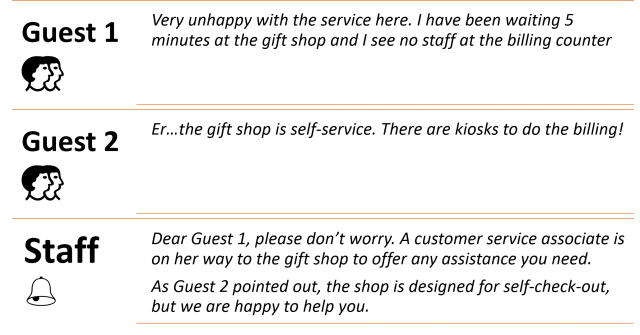 One guest solving a problem for another guest, in support of the hotel

The statistics are interesting. As per the ProvideSupport blog, around 52% of people who complain on social media genuinely believe the company will notice their post, and a good 36% expect prompt redressal. But even worse, 79% of the customers post on social media expecting their friends to see it and thereby influence their behavior. And that is even more dangerous to the brand reputation - in fact, the same report suggests that 15% of brands have lost customers after a negative review on social media. As the customer service cliché goes: If we did something right, tell others. If we do something wrong, tell us. The important piece of the strategy is to make that easy for customers to implement!