Why Indonesia is an aviation market to watch in 2022

Indonesia has been one of the world's most colorful and fastest growing aviation markets since the turn of the century. But despite its massive size and immense potential it has generally been underappreciated or overlooked.

The pandemic has decimated all aviation markets, but Indonesia has particularly been impacted. Domestic traffic has so far struggled to recover due to multiple waves of COVID-19 cases, a slow vaccination rollout and some of the world's tightest domestic travel restrictions. International borders have remained closed, leading to miniscule international traffic volumes and virtually no overseas visitors.

Indonesian carriers have received little to no government support, putting them at a competitive disadvantage compared to overseas rivals. Restructurings were necessary, resulting in haircuts for creditors and uncertainty.

However, there is a light at the end of the tunnel. Market conditions have been improving and Indonesian carriers have the advantage of being able to fall back on one of the world's largest domestic markets. Globally, domestic traffic will recover much faster than international traffic. Indonesia is no exception.

The importance of the domestic market cannot be understated, accounting for nearly 90% of total Indonesian carrier passenger traffic prior to the pandemic. In 2018 Indonesia was one of only five countries with over 100 million domestic passengers. It is not unreasonable to think 100 million annual passengers can be achieved again soon and that 200 million can be reached by the end of this decade. Indonesia has the world's fourth largest population, a fast-expanding middle class, an archipelago geography that is ideal for air transport and huge economic potential.

A spate of start-ups is breathing new life into a market that a decade ago had twice as many competitors. Super Air Jet launched in August 2021 and has ambitious expansion plans for 2022. Pelita and TransNusa are planning to launch A320 operations on domestic trunk routes in the first quarter of 2022 (both previously were small niche players operating only regional aircraft). This will result in eight airlines on trunk routes such as Jakarta to Bali, Makassar, Medan and Surabaya – all of which ranked among the world's 25 largest domestic routes in 2018.

While eight airlines may seem high, this is not unusual for other similarly sized domestic markets. New competition could stimulate demand and drive a new era of growth.

The new start-ups and restoration of capacity from some of the existing competitors will spark a slot scramble in 2022 at major airports. Slots were a precious commodity in Indonesia prior to the pandemic but are currently available, providing a rare opportunity to enter the market.

Indonesia will be a market worth watching in 2022. Thank you to IBS Software for shining a light on this fascinating market by commissioning a white paper – Indonesia's aviation market: emerging stronger in a post-COVID world. 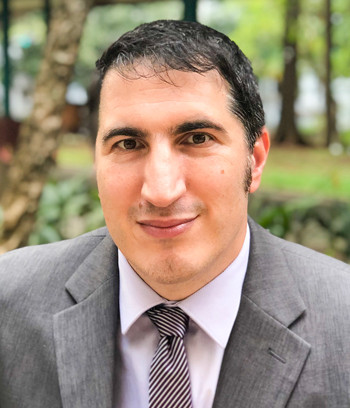 Brendan Sobie is a highly-respected independent aviation analyst and a widely recognized thought leader on aviation issues in Asia Pacific. He has extensive experience covering Southeast Asia, including Indonesia. During the pandemic, he has been a leading voice in the media – both regionally and globally – on aviation and air travel. He is a frequent author of white papers, studies and media commentaries and often presents at industry events.

Direct Link
Blog Categories
Subscribe to Blog
Latest Blog Post
18 January 2022
Yvonne Lunsong, Director of Sales, IBS Software, based in Singapore
15 December 2021
Why Indonesia is an aviation market to watch in 2022
Follow Us On