Flygskam – Airlines to take note! Can Carbon turn Oxygen for the Airline Industry?

According to a recent survey, one in seven people will shun flying even if it means using more expensive and less convenient alternatives. By now, you would all have heard of Greta Thunberg, the teenage activist who has thrust climate change into the spotlight. And by extension, the adverse impact that the aviation industry is having on the environment. The words flygskam, tågskryt, Att smygflyga, #jagstannarpåmarken may not be familiar to most, but with the increased public awareness of climate change, the English equivalents – "flight shame", "train bragging", "flying in secret" and "I stay on the ground" – are becoming popular especially in social media. What started off as a Swedish-born anti-flying movement is fast spreading worldwide mainly in Western Europe, Scandinavia, the US, Canada and Australia.

Other movements are sprouting up. Global climate change activists Extinction Rebellion made headlines about the impact of aviation, threatening to hold up flights at London's Heathrow airport with drones. "tågsemester", meaning train holiday, a Facebook page created by environmentalist Susanna Elfors, to give people tips on how to shift from air to rail travel, has more than 100,000 members. The "Noflyclimatesci" group, created by climate scientist Peter Kalmus, allows people who have decided to fly less to come together.

"Unchallenged, this sentiment will grow and spread," Alexandre de Juniac, head of the International Air Transport Association (IATA) told some 150 CEOs at the IATA AGM in Seoul early June this year. "This is an existential question for us," says Rickard Gustafson, chief executive of Scandinavian Airlines (SAS), which is based in Sweden. "If we don't clearly articulate a path to a sustainable aviation industry, it will be a problem." KLM is running a "Fly Responsibly" campaign, which includes encouraging customers to offset their emissions, and even to replace short-haul flights with a train journey. Ryanair chief executive Michael O'Leary said that there was a "very good case" to push back against the flight shame movement, insisting that the industry was meeting its environmental obligations.

So, what do the numbers say? 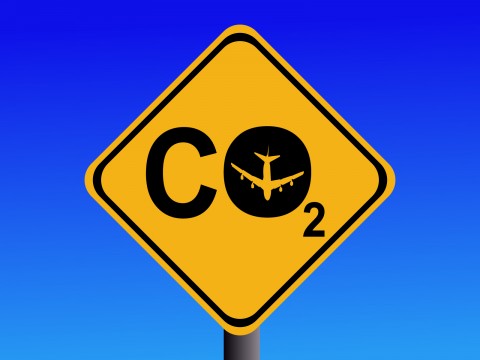 Globally, aviation which guzzles 5m barrels of oil every day, accounts for some 2.5 per cent of carbon emissions. And that percentage is going to increase to 22% by 2050 as emissions will increase by 300% (from 2006 levels), and other sectors will emit less. A long-haul return flight to New York from London can produce anywhere between 0.9 and 2.8 tonnes of CO2. An economy return trip from the UK to Mozambique, via Qatar, is estimated to have emitted between 1.8 and 3.4 tonnes of CO2. A single Sydney-London return equals around 7133 hours of living-room air-conditioning, or 2,000 kilometers driving. Last year, according to the UN's International Civil Aviation Organisation, air travel grew at a solid 6.7 per cent, transporting a staggering 4.3 billion passengers and 90 per cent of cross-border e-commerce. International aviation is booming, partly due to the rise of the "low-cost carriers".

And, what are the options?

Carbon offsetting – Passengers choose to pay extra that will go towards a project reducing carbon emissions by around the same amount as that generated by their flight. It has its own set of supporters and critics. Even though some airlines have started offering this, the uptake is low. The criticism is that offsets are green-washing that allow companies to gain green credentials, while in reality, the scale of change that can be achieved by voluntary individual offset schemes is entirely disproportionate to the scale of the problem of global warming. Some governments have taken up offsetting, by putting a direct tax on your ticket, or indirectly by taxing aviation fuel.

Sustainable Aviation Fuel (SAF) – These come in the form of sustainable bio-fuels or synthetics fuels. SAF is estimated to reduce the carbon footprint by up to 80% over their full life cycle. However, even after seven years of introduction in commercial flights, they still account for less than 0.1% of total aviation fuel consumption

Better Planes - Take the Airbus A321XLR: It has 30 percent less kerosene consumption per passenger than the previous generation of planes while adding 30 percent more range than the currently used A321neo.

Electric Planes – Unlike other sectors, the current battery technology has very low energy density to be feasible as an alternative to fuel in large aircraft or long-haul flights. Electric planes are, however, a possibility, in the medium-term for smaller aircraft on short routes.

Hybrid propulsion - Electric motors would provide initial thrust on take-off and landing for example, to reduce emissions in medium- and long-haul flying. But, this also will take years to make a substantial impact.

Non-integrated IT systems are contributing to inefficiencies in the system 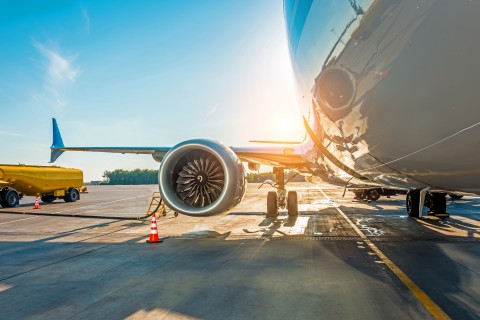 Airlines burn money every day. They burn it for delays and passenger compensation. But they also burn it via unnecessary fuel burn. The reason for the unnecessary fuel burn is that aircraft engines do not always operate with the best performance. Aircraft engines cost a lot of money and the aircraft could not operate if it's out for such important maintenance event. The airlines are aware of their under-performing aircraft engines, as every airline is required to schedule maintenance checks, in order to make sure the aircraft is meeting all safety requirements. The engine performance is captured and monitored via the maintenance IT system. This data can be shared with other airline operations systems (e.g. Flight Planning, Tail Assignment, Movement Control).

US mainline airlines still use legacy IT systems from 1964-1973. European and Asian carriers work with different IT systems which are not integrated with each other. The engine performance information is used for the OFP generation, but then the decision is already too late. The tail assignment of the airline decides which aircraft to put on which sector. Putting an aircraft with under-performing engine on a sector with headwinds burns unnecessary fuel.

A large airline in Europe performs 140,000 tail changes (ACH/EQT) annually. Every time the tail assignment is not considering engine performance and weather information, the airline burns more fuel than necessary and more money. Fuel is a high factor of operating costs of an airline.

The absence of integrated disruption management and collaborative decision making, means that a lot of fuel is wasted due to inefficient response to disruptions. According to Eurocontrol, in June 2019 more than 210,000 flights in Europe, 20% of the total, were delayed. The average delay time was 17 minutes. The vast majority of the delays are from a lack of air traffic control capacity, driven by inadequate staffing, inflexible rostering, and an inability to react to disruptive events. The priority should be to cut carbon emissions and address the unnecessary costs and flight delays suffered by passengers from inefficient airspace routes and bottlenecks.

Modern digital IT platforms like iFlight enable airlines to consider all necessary and available data for better and quicker decision making. The tail assignment can be automated and optimized and the user can be released from the routine task by using decision wizards which are configured to first consider safety relevant criteria, second carbon emission related and then revenue based. This would help airlines instantly to save unnecessary fuel burn each and every day.

Weather is a mission and safety critical factor in airline operations. Airlines need to know the weather at the arrival airport. The weather forecasts nowadays are increasingly more accurate with real-time data. Most airlines are currently using IT systems which do not provide weather information in a manner that enables to mitigate or even avoid an uncontrolled and especially ad-hoc diversion. Diversions also create additional fuel burn, especially when the aircraft is put on holding in order to wait for a better weather situation, thereby keeping the carbon footprint on a higher than necessary level.

The business driver for technology investments are primarily driven by disruption costs, operational efficiency, IT infrastructure costs and crew member satisfaction. However, the environmental factor of "flight shame" cannot be ignored forever. Forward thinking airlines have already joined the bandwagon of doing away with their legacy systems, and digitally transforming their operations with next gen technology platforms. Automating and optimizing their daily tail assignment, and benefiting from real-time and integrated operations data in a digital platform will enable fuel efficient and safe operations. The CO2 reduction by each airline can be around 0.15% based on public data.  Just imagine the amount that can be reduced if all airlines in an airline alliance, say Star Alliance, OneWorld, or SkyTeam, decide to digitally transform themselves!!

Airlines can reduce their carbon emissions every day now. No need to wait until 2030!! 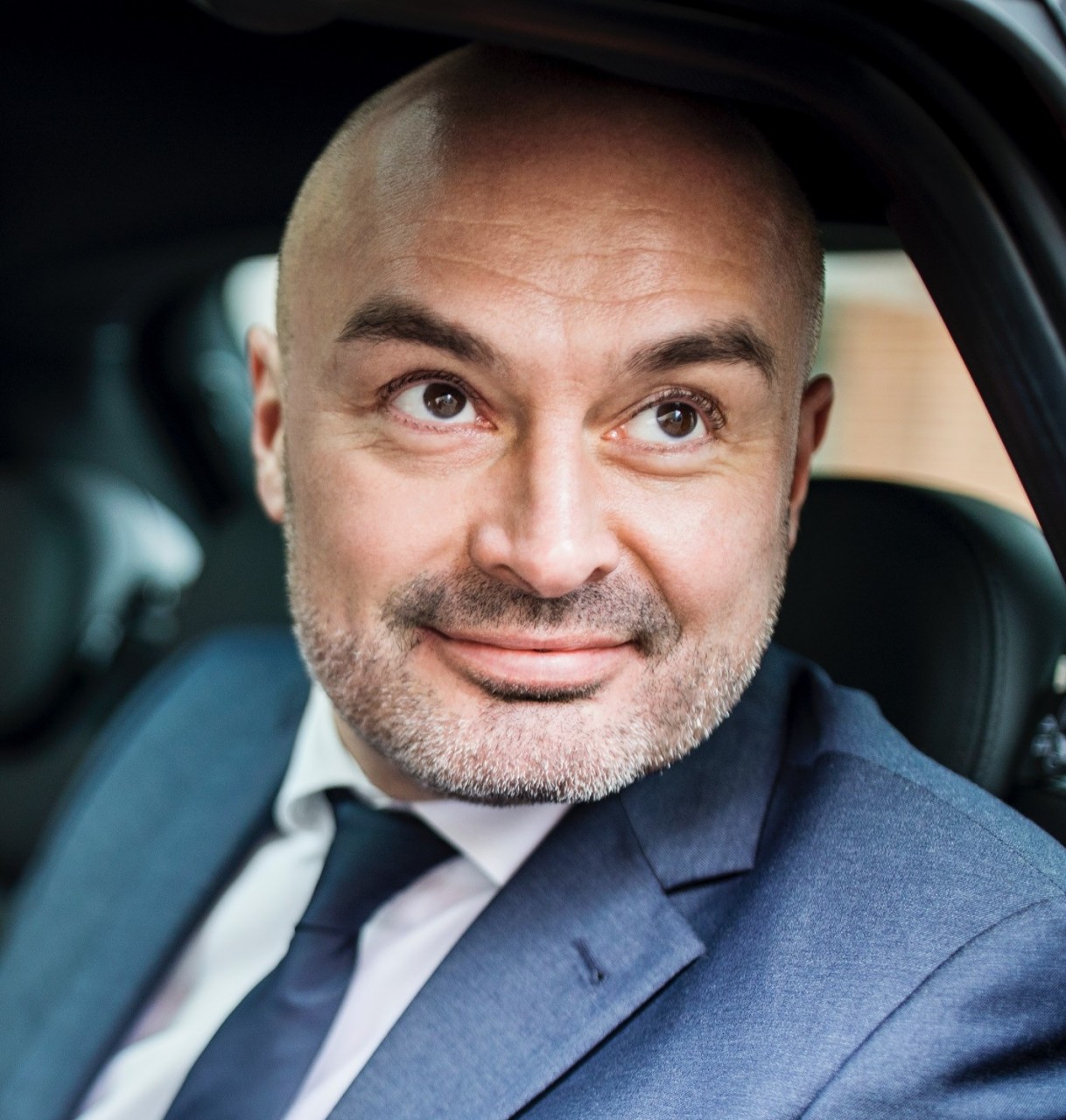 Daniel Stecher is Vice President of Airline Operations at IBS Software, and has more than 20 years of experience in the aviation and logistics industries. Prior to joining the IBS family, he was product manager and consultant for the schedule management, operations control and crew management product at Lufthansa Systems. Daniel is perpetually on the move, having raked up literally over a million miles of business travel in his career. He enjoys delicious home cooked food, reading books and the odd round of golf in his spare time.

Guest - JIBIN M JOHN on Wednesday, 04 September 2019 15:44
Perfect article for someone to understand what is going on with Airline Industry with the CO2 Emission topic..

This is a very trending topic in discussion regarding environment protection to avoid CO2 emissions and this is now being taken by many organizations and political parties who are taking about GO GREEN initiatives..We should know the current situation and also possible solutions which our airline customers can look forward.. As Daniel mentioned, modernization of IT platforms in Airline Industry should be trending in this perspective..

0 Cancel Reply
This is a very trending topic in discussion regarding environment protection to avoid CO2 emissions and this is now being taken by many organizations and political parties who are taking about GO GREEN initiatives..We should know the current situation and also possible solutions which our airline customers can look forward.. As Daniel mentioned, modernization of IT platforms in Airline Industry should be trending in this perspective..
Cancel Update Comment
First Page Previous Page 1 Next Page Last Page
Blog Categories
Latest Blog Post
29 November 2022
Mridula Vattathara Phinoo, Lead Test Analyst, Consulting and Digital Transformation team, IBS Software, Cochin, India
24 November 2022
Four trends shaping airline loyalty program expectations and success
Follow Us On